From State Park to Private Camping on Our Own Land 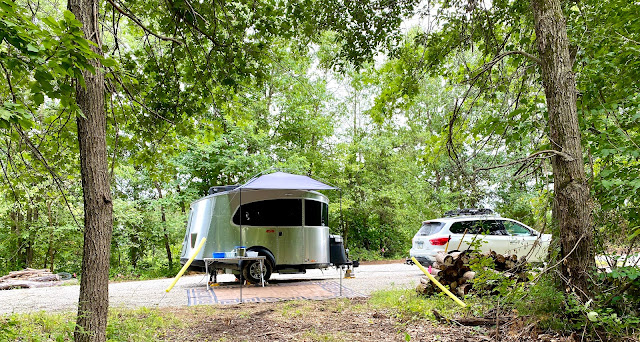 It's not exactly boondocking, but it is camping with privacy--on thirty-five acres of property my wife and I just bought in rural southeast Iowa. We've been preoccupied with getting the land ready for camping, land that had been neglected--both a good and bad thing--good because the property hasn't been messed with and so is pretty wild, and bad because multiflora rose grows abundantly, along with poison ivy.
Trails have been cut on the property which allow us to hike the perimeter of the land, which includes a higher ridge hill and also a lowering to the north where our land's boundary includes a creek. The land includes at least four large white oaks, hickory, honey locust, and other varieties that I still have to identify. Much of our initial work will be thinning the forest of saplings so we will be able to mow and open up the space. We're even researching the possibility of bringing in goats to clear out the bush! 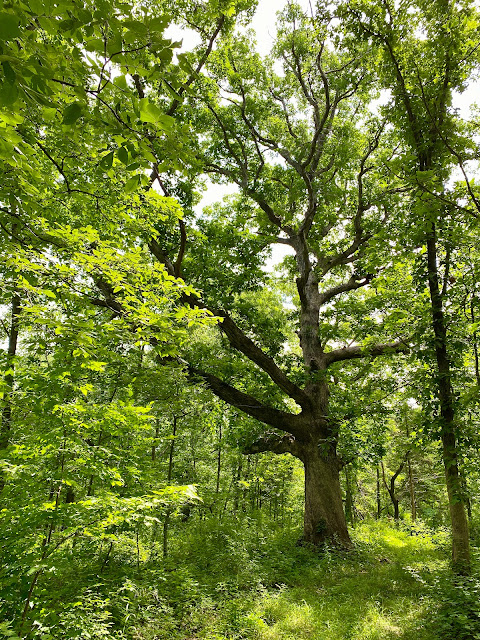 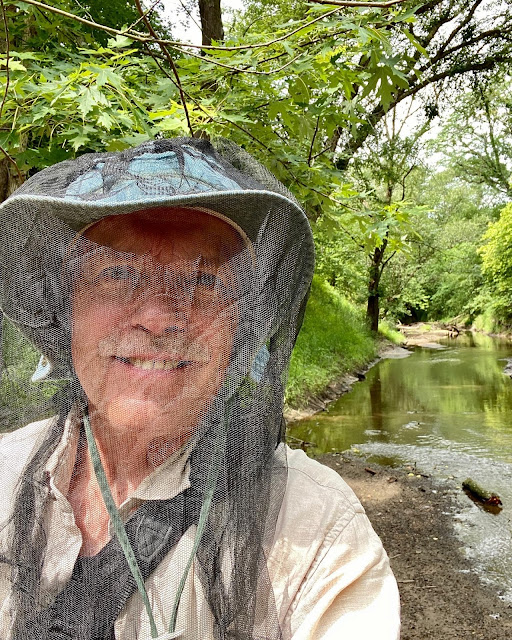 Our first action on the land was to have the trails opened up, the second and third actions to activate electrical power and to gravel a driveway and camping area. We need to have a spigot installed to our water access. Having purchased a few mowing and work-related tools, we now will just begin exploring and improving. Even though the creek is mostly dry now, and even though during the rainy season it will be mostly muddy, the combination of hill and bottom land provides a diversity that we like. 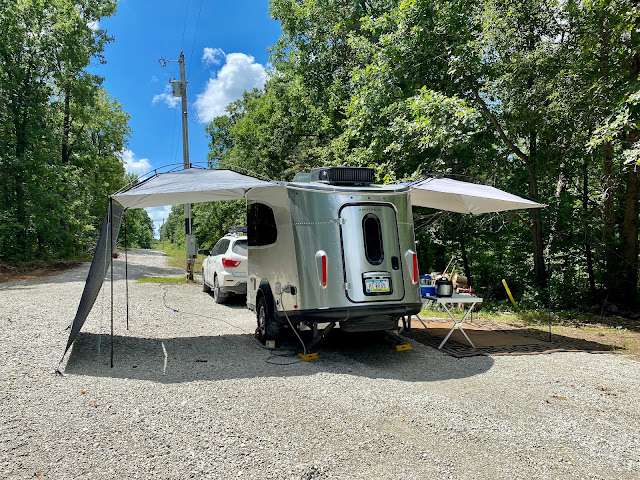 Camping in August on our over-grown land was enjoyable--despite the humidity, sweat flies, and chiggers and ticks. We plan, though, to be easy with the camping until the weather cools. It's then that we'll jump in more with the mowing and thinning. I did buy a second MoonShade awning, though, to help with the sun for the four nights I've camped on the land so far.
We've also discovered that our new Starlink communications connection works well. Eventually we hope for Sandy to be able to work on the land so that we can stay there for longer periods of time. Will we still travel and camp, though? Yes! I hope this late summer to camp at Backbone State Park again and to wade the Upper Iowa River. In the same area, I hope this fall to primitive camp (no electricity or water) in the Yellow River State Forest.
Mostly, we intend to enjoy this new experience of camping and working on the land rather than just hiking for recreation. It's a new kind of interaction with nature, one of stewardship. I have no doubt there will be lots of hard work, but there will also be joy in especially helping the trees on the land to grow without too much crowding, and to help the land be freed of the invasive multiflora rose.
I plan to write more about my experiences with our new land on my writing blog, Tom Kepler Writing (https://www.tomkeplerswritingblog.com). Go to that blog and subscribe for updates . . . or subscribe to this blog because I intend to provide links on our work on the land to Green Goddess Glamping subscribers, too. The form for subscribing to this blog is below.
at August 17, 2022