How Experienced Campers Get Their Drinking Water 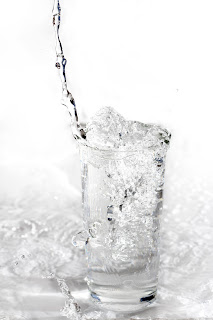 Campers need their water just like everybody, and just like many, they prefer their drinking water be better filtered than tap water. I recently engaged in a lively conversation on three different social media camping groups about how campers keep themselves hydrated, and I'm happy to say I learned a lot and will share with you what I learned. Keep in mind, though, that much of what I'll be sharing comes from the advice of others, which has not been tested or verified by me; I can and will share my personal experience also, as simple as it is. I also have focused on systems more to be used for campers other than hikers--that is to say, mostly for smaller camping rigs. Therefore, I haven't included the small, highly portable personal pen water purifiers and the like, although I enjoyed reading a bit about them and appreciate the sharing attitude of those who contributed.

People feel differently about whether or not tap water is safe to drink. The word "safe" doesn't mean the same thing for everybody; different people use different evaluation standards. Campgrounds generally either use municipal water systems or well water, but the question is, especially for the well water systems, what about contaminants from agriculture or industry? How often is the water tested? As one camper put it: "Everyone should buy a tester even if you have a filter. We have a filter on our camper, and at the campground we're at right now in Virginia, I tested our water. Water is safe under 50ppm (parts per million); ours tested at 530ppm! The light turned red, warning us not to drink it!" No particular brands of water purity testers were mentioned in online water safety discussions, but online water testers are readily available, most pricing out from 15-25 dollars.

As a tiny trailer camper, my rig has no freshwater tank. I either get water from a tap or bring my own from home--and do both, as a matter of fact. I own a 3-gallon water jug with a spigot, bought as my town's natural foods store, chosen because the plastic is specially formulated so it doesn't leach dangerous chemicals into the water. Also, I own three gallons worth of stainless steel containers that I also use to transport my filtered water from home, which gives me a total of six gallons of freshwater capacity. For our local camping, this works well. My wife and I typically use between a half gallon and a gallon of drinking water a day, the variability being determined by temperature, activity level, and how many times we steam vegetables.

Other campers from social groups indicated a variety of "bring your own drinking water" solutions, including buying bottled water in individual plastic containers or gallon jugs. Many campers brought filtered water from home, refilling a variety of containers: insulated water coolers, large 3-gallon or 5-gallon non-leaching plastic water jugs (some with hand or battery-operated pumps). Another family chose a water-ready "jerry can" option: "We got one of the Rotopax that is two gallons and then another bigger one that is five gallons. We just fill these each time we go out. Less plastic waste if you're into that sort of thing. It was a bit awkward to use at first, but it takes very little space, is super durable, and can be mounted outside the jeep [or hard-sided trailer] somewhere!" There are jerry can water-carrying products other than the Rotopax available, of course. One water transport possibility beyond the 3-5 gallon options was even mentioned about a friend who boondocks regularly who fills a 15-gallon water bladder which is stored "under one seat of the dinette." 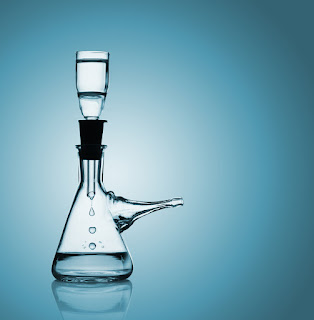 If you don't want to transport all your drinking water from home, though, what are the alternatives? The first step most campers took for drinking on-site campground water was to buy an on-line water filter for a hose attached to a campground spigot. This approach was especially true of those camping rigs that had plumbing. These filters clean out contaminants for campers' kitchen and bathroom systems. Most comments referred to the Camco TastePure inline water filter, readily available online, which "greatly reduces bad taste, odors, chlorine, and sediment in drinking water," according to the product description. These filters come in one- or two-packs, and Camco also sells drinking water 25-foot hoses (rather than garden-grade hoses).

Some people--and from comments one could probably say "many"--want drinking and cooking water that comes from purifiers that do better than just "greatly reducing" contaminants. How about really, really pure? Fortunately for people wanting a high standard of purity for their drinking water, systems are available. For a few campers with rigs large enough to mount purification systems, some used home filtration systems, mounted in the kitchen area. I'm considering this option when my wife and I get our 16-foot Airstream Basecamp next year. There are several "maybes" though: space for spigot above the counter and filter system beneath the counter, and whether a house-designed filter system will hold up under the jostling of RV travel. One RVer said, "Three years on the road and several thousand miles and zero problems," regarding his whole-house water filter, but the photo he posted online seemed to show that he had a large RV, not a small trailer like I'm buying. Another camper added that house filter systems that go long periods (between camping trips) without being used can grow bacteria. Calling company reps and asking such questions about usage and filter life seems like a good idea to me prior to buying any system.

For many campers who don't want to transport a lot of water, who have a small trailer or larger, and who have access to a campsite spigot, a two-step filtration system was the most common approach. The first step was to have an inline filter from the spigot on the hose that attaches to the camping unit. (Such a filter, of course, could even be used by a tiny trailer or tent camper who gets water by the bucket.) Having "greatly reduced" contaminants, then the campers use a second portable filtration system of which, folks, there are many out there. I'll mention a few, but please remember that 1) I haven't tried or tested these systems, and 2) more systems are available than I'll mention. I'm just listing a sampling from common references from online discussion.
Although I'm gearing this article to tiny and small trailers, I'm going to talk a bit about a full-time traveling couple who have the blog website Living in Beauty. Jim and Carmen Beaubeaux travel in their 34-foot Airstream dual axle Excella, so their lifestyle and opportunities are somewhat different than tiny trailer campers. However, they have a healthy respect for the conservation of water and the procedures they use to have pure water and to not waste it. The link to their website describes their water systems, techniques for conserving water, and the gear they use, much of which is applicable to smaller trailer life. Even if you're not really interested in how someone who owns a big Airstream deals with water, their website is beautifully constructed--and they have four years' worth of on-the-road stories.

Another commenter to my online water purity discussion provided the URL for the Washington State Department of Health's article on "Purifying Water During an Emergency." It's a short article that describes how to kill bacteria and viruses. The article contains a good reminder that bleach and boiling do not remove chemicals, solids, and other contaminants. I found the article useful because it mentions how much bleach to add to water to make it safe. I don't intend to use this for my drinking water, but I can use the formula for rinsing out my containers every now and then. 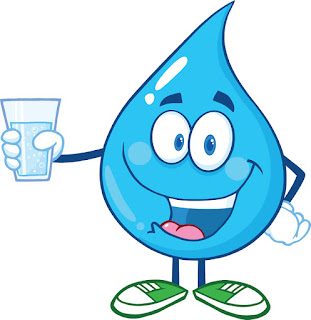 The most common approach for all experienced campers who responded to my online query about safe water guidelines was to use a two-step approach: first the filter on the RV hose, and then some better filtration system for drinking water. This, method, of course, assumes you are not just buying bottled water or bringing your water from home. Since my wife and I are in the process of changing our camping trailer from a ten-foot standy tiny trailer to a sixteen-foot trailer with kitchen and bathroom, it will be interesting what system we eventually land on for our drinking water. Thanks for folks who provided their advice. It's given me something to think about, and I hope this article has provided some useful information (and inspiration!) for our readers. If any readers have other great systems for their drinking water, please comment!
at September 04, 2020

Email ThisBlogThis!Share to TwitterShare to FacebookShare to Pinterest
Labels: Camp Routines, Gearing up